Benedict Cumberbatch says his engagement to long-term girlfriend Sophie Hunter is his ''most important thing of 2014.'' 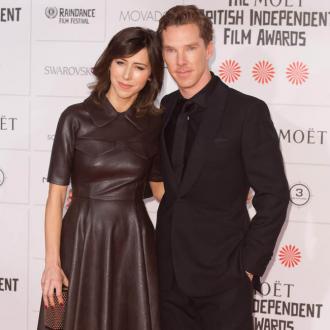 Benedict Cumberbatch says his engagement is his ''most important thing of 2014.''

The 'Imitation Game' star popped the question to his long-term girlfriend Sophie Hunter earlier this year, and admitted the decision to spend the rest of their lives together has been the ''most important news.''

The acclaimed actor was speaking at the British Independent Film Awards in London on Sunday (07.12.14) - where he scooped the Variety prize which honours British stars who bring an international focus to the UK - when he told The Sun newspaper: ''I've had the most important news of my life.''

The 38-year-old talent was not in a hurry to elaborate on the comment, but acknowledged his love for the dark-haired beauty by saying the moment she agreed to be his wife was the highlight of his year.

He continued: ''That's also sort of private, I don't want to talk about that too much. But my engagement to the woman I love is obviously the most important thing of 2014 for me.''

The loved-up couple announced their decision to marry in November by posting a notice in the Births, Marriages and Deaths section of The Times newspaper.

Although his fiancée is apprehensive about appearing in the spotlight, Benedict explained she's hugely supportive of all his work and is more than capable of dealing with the female attention he receives.

''That's the bottom line, isn't it? That's one of the reasons it's a good fit. It could be a really difficult thing, but she's just so in command of it.''

Helen Mirren and Keira Knightley also walked the red carpet at the event, where Emma Thompson and Brendan Gleeson were among the winners.