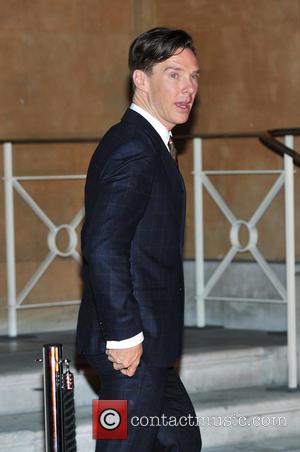 Benedict Cumberbatch has been crowned sexiest movie star in an unlikely turn of events whereby he raced ahead of typical heartthrobs Henry Cavill, Ryan Gosling and Bradley Cooper in an Empire poll.

The 'Star Trek Into Darkness' star isn't the most likely sex symbol of Hollywood, but the Brit definitely proved to be best after he was picked by 50,000 more fans than any of the other movie screen hotties. Perhaps the people of the world prefer the mysterious, intelligent look these days - or maybe it's just the accent as 'The Avengers' star Tom Hiddleston came in at second place.

We're surprised at the outcome as 'Man Of Steel' hunk Henry Cavill and 'The Place Beyond the Pines' cutie Ryan Gosling looked like dead certs to receive the honour, with the latter's numerous onscreen romances (we all remember 'The Notebook') and the former's portrayal of Superman, one of the most charming characters ever created.

Nonetheless, Cumberbatch has certainly been stealing the spotlight and captivating audiences everywhere with his gripping roles in 'Sherlock', 'Star Trek Into Darkness', 'The Hobbit', 'The Fifth Estate' and '12 Years A Slave'.

We're not too surprised at who landed sexiest female though; 'Harry Potter' star Emma Watson, who has been blossoming continuously since the wizard film series.