Next Stop The Oscars For Star Trek's Benedict Cumberbatch? 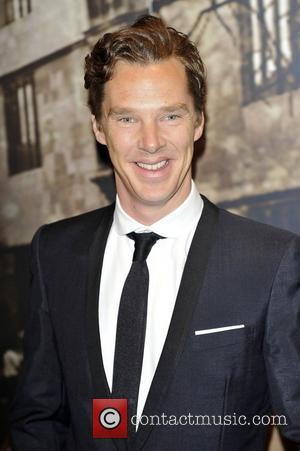 A trailer for Jj Abrams' forthcoming Star Trek sequel Into Darkness emerged online this week, with fans getting their first glimpse of Benedict Cumberbatch in full on villainous mode. His creepy voiceover and broody presence is the clear highlight of the short clip, though the details of his exact role are still yet to be firmed up.

The Sherlock star, who also appeared in Spielberg's War Hose, is rumored to play iconic Star Trek villain Khan, though his co-star Simon Pegg denied the speculation earlier this year. The genetically engineered tyrant was played by Ricardo Montalban in the 1982 movie Star Trek II: The Wrath of Khan, though Cumberbatch's character doesn't share any physical similarities. He is also seen wearing a Star Fleet uniform in the trailer, again hinting that he's probably not Khan.

Nevertheless, Cumberbatch's fearsome character certainly looks the part and the British star does a great job of establishing menace. "He is very ruthless . He is not a clearly good or evil character," the actor told the Radio Times of his mystery villain, "He is a villain but the actions he takes have intent and reason. He is a complicated character not to be judged by white-or-black, or good-or-evil. But this is the appeal of JJ's works and [why] I felt challenged as an actor." The actor has been knocking on the door of the major awards' ceremonies for a couple of years now, and it may well be his role in JJ Abrams sequel that enables him to get his hands on some silverware.

Watch the trailer for Star Trek: Into Darkness below: