Sherlock Is All The Rage Among Fashion-conscious Brits 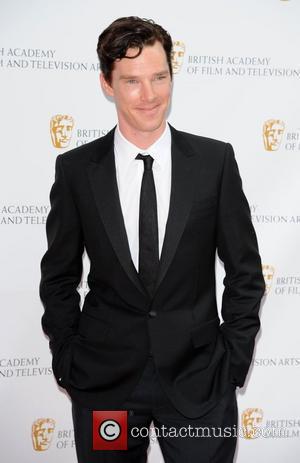 SHERLOCK HOLMES fever has gripped the British fashion market with young men trying to ape modern sleuth Benedict Cumberbatch's look.
Bespoke Savile Row tailor James Sleater admits he has been inundated with requests for copies of the actor's wardrobe items.
Sleater, the co-founder of Cad and the Dandy, tells WENN fashionable Brits are desperate to get their hands on calf-length, tailored coats - just like the ones Cumberbatch wears as Holmes on TV.
The hit show has just transferred to America and Sleater expects the programme to spark trends there too: "It doesn't take uncanny powers of deduction to work out that Sherlock Chic is sweeping the bespoke market.
"The sartorial sleekness of Benedict Cumberbatch's portrayal of Holmes in the BBC series has caught the imagination.
"Cad and the Dandy are the new kids on the block in bespoke tailoring and the fashion conscious have identified us with this off-beat but extremely well-tailored look - very long coats and even capes are going to be fashionable this winter and when worn with professionally tailored white shirts, as they are by Benedict Cumberbatch in Sherlock, they look stunning."