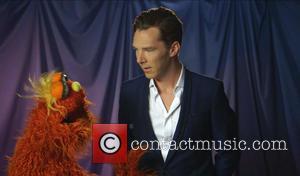 Sherlock actors Benedict Cumberbatch and Martin Freeman have confirmed reports a scene set in a gay club was axed from an episode of the detective drama.

Cumberbatch, who plays super-sleuth Sherlock Holmes in the U.K. Tv hit, and Freeman, the crimebuster's sidekick Dr. Watson, spoke out during an event at an Apple Store in London.

Reports which surfaced earlier this month (Feb14) suggested a scene involving the two characters surrounded by topless men in a gay nightclub during Watson's bachelor party was left on the cutting room floor.

Confirming the rumour, Freeman said, "I regret there was one bit of that drunk stuff that was missing, and that was the gay club scene. When we were absolutely mullered (drunk) in the gay club! There were lots of topless men going past, and (we) are just like, 'Why are we here?'"

Cumberbatch added, "I (as Sherlock) had no idea why they didn't have their clothes on, and eventually it dawned on me, and my grounding shook."