Actor Benicio Del Toro Has Gone Public With His Involvement In The Next Star Wars Franchise Sequel, Revealing The Movie Begins Shooting Early Next Year (16). 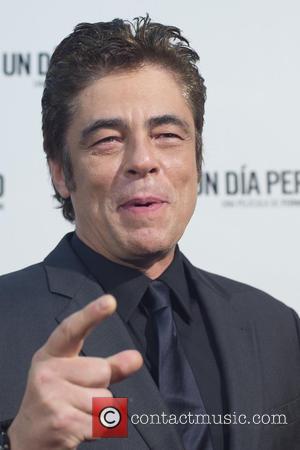 The Traffic star emerged as the frontrunner to tackle the role of the villain in Star Wars: Episode VIII earlier this year (15), but studio bosses were reportedly said to also be considering Joaquin Phoenix for the part.

Now Del Toro appears to have confirmed his casting in the sci-fi blockbuster by revealing he has been ordered to keep details of the project a secret.

He tells Spanish radio station Rac1.org, "Star Wars is coming up, we will see how that turns out. I think we start shooting in March."

He continues, "They don't let me talk too much about it, I'm like the villain."

Rian Johnson will direct the next instalment of the film series, the follow-up to J.J. Abrams' highly-anticipated Star Wars: Episode VII - The Force Awakens, which will open in cinemas in December (15).