Benicio Del Toro Has Come To The Defence Of His New Drug Drama Sicario After The Mayor Of Juarez, Mexico Called For Citizens To Boycott The Film Over Its Portrayal Of The City. 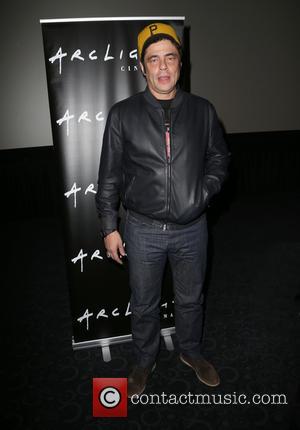 The Traffic star's new film centres on a U.S. government task force attempting to halt the escalating drug war at the America/Mexico border, and it is partly set in the city of Juarez.

Juarez Mayor Enrique Serrano came out against the film earlier this month (Oct15), telling Mexican news site Nortedigital.mx he believes the drama is not a true reflection of his town.

"It hurts the image of Juarenses," Mayor Serrano said. "I call on (people) not to watch it... because it is something that speaks ill about the city."

But Del Toro stands by the film, insisting viewers should give Sicario a chance.

"Juarez is known for having a violent past, very violent," he told Fox News Latino. "Movies borrow from reality. Trying to go after this film would be like the mayor of Baltimore asking people to boycott the TV show The Wire or Italian-Americans boycotting The Godfather. Our intention was not to talk bad about Juarez and I think that people should be able to judge for themselves."