To be honest, we're looking forward to this more than we are Disney's other sci-fi series; Star Wars 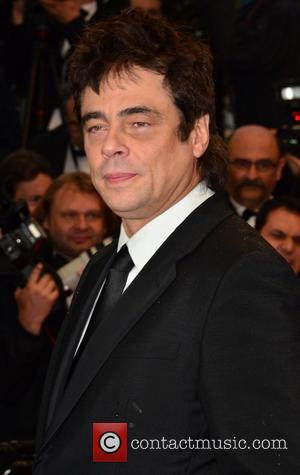 The next major Marvel franchise to make the leap from printed page to the big screen will be the slightly unknown series Guardians of the Galaxy, which is expected to hit cinemas in 2014. Whilst the comic series might not be as popular as say Spider Man or The Avengers, the cast line-up is littered with acting talent that is frankly out of this world adn to be honest, we're struggling to hide our excitement for it.

The latest edition to the cast was announced on Monday (June 3) by Deadline, with Oscar-winner Benicio Del Toro apparently signing a 'multi-movie' deal with Marvel and Disney that will see him become a regular in the Marvel Movie Universe. His role has not been specified, however a number of other cast members have had their roles revealed, including fellow newcomer to the cast Glenn Close, who was chosen to portray one of the heads of the intergalactic space patrol the film/comic centres around, the Nova Corp (most likely Xandarian Worldmind).

Last week also saw the announcement that Doctor Who star Karen Gillan will be taking on the role of one of the film's major villains, with first announced cast-member Lee Pace taking on the second villain spot. John C. Reilly has also been announced as a cast member, with Chris Pratt, Zoe Saldana and Michael Rooker also lined up to take on roles within the Nova Corp. As most of the characters are alien species though, there's a good chance that many of these actor will be getting the Mark Ruffalo CGI-treatment and have their features changed to fit in with comics. As long as it works as well as it did for Hulk, we say go for it.

The film is one of three Marvel franchises being converted to the big screen, with Ant Man and Dr Strange also lined-up for movie adaptions from Disney/Marvel,. The relatively unknown series being turned to movies might put off some potential viewers, so really there's a lot hanging on GotG to be a success, as it may spell the future of any other potential movie adaptions. Speaking on behalf of nerds over the globe, don't let us down Disney! Glenn may be taking on the role of Xandarian Worldmind Karen Gillan will star as the movie's lead villain