Benicio Del Toro has joined the cast of space adventure 'Guardians of the Galaxy' as a mystery main character. 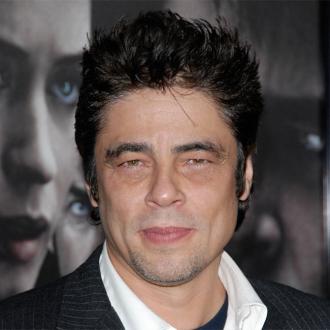 Benicio Del Toro has scored a major role in 'Guardians of the Galaxy'.

The Oscar-winning actor is said to have landed one of the pivotal parts in James Gunn's superhero space saga, according to Deadline.

The next movie in Marvel's cinematic universe, due to begin production in August, follows a team of heroes with special powers who are tasked with protecting the universe.

The mystery lead role comes as a surprise, since Benicio previously turned down a role in J.J. Abrams' inter-galactic hit, 'Star Trek Into Darkness'.

The ever-expanding cast of the sure-fire blockbuster smash already included Chris Pratt as the Star Lord, Zoe Saldana as sexy heroine Gamora, Dave Bautista as Dax The Destroyer and Michael Rooker as Yondu.

Meanwhile, Glenn Close, Lee Pace, Karen Gillan and John C. Reilly have all been offered as yet undisclosed parts.

Film blogs are busy speculating about the possible identity of Benicio's role, with cosmic villain Thanos - who appeared at the end of 'The Avengers' - or even supreme sorcerer Doctor Strange being touted as possible contenders.