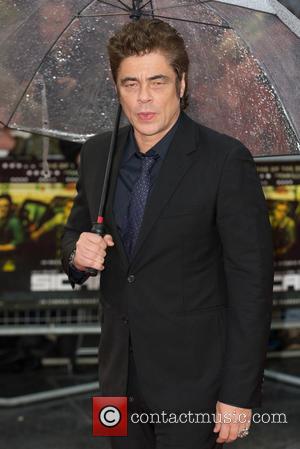 The British beauty plays an FBI agent attempting to halt the escalating war against drugs at the America/Mexico border in the new film, and Del Toro was left speechless upon seeing Blunt's work first-hand.

While filming a tense scene between Blunt and co-star Josh Brolin, the actress began to cry, an action which was not in the script.

Recalling the scene, Del Toro tells Britain's Esquire magazine, "Every now and then - and it's only happened five or six times in my career - you witness a moment where an actor just changes the room. When she broke down, I was stood there thinking. 'Oh f**k.'

"Everyone felt it. (Director) Denis (Villeneuve) went, 'OK, that’s enough for today. Emily? Yeah, Emily, you did alright.' It’s kind of like you sitting here right now and then these walls just turn pink - you know, and you’re not on acid. It’s special when you see moments like that. They're rare."

Del Toro isn't the only one impressed by Blunt's acting in the drama - she's already received critical acclaim and early Oscar buzz for her performance.