Benicio Del Toro is trying to go ''unnoticed'' since becoming a father in order to focus on raising his daughter Delilah. 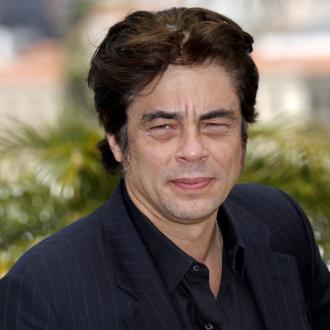 Benicio Del Toro prefers to fly under the radar since becoming a father.

The Spanish actor and film producer - who welcomed his first child, Delilah, with Kimberly Stewart in 2011 - has made a conscious decision to act more responsibly and focus on raising his daughter.

He told Spanish magazine S Moda: ''I keep telling myself, 'You're a father, dude!' And that makes you become more responsible. There is something that changes inside of you.

''I've decided I want to go more unnoticed. Among other things, because I now have a daughter. Being a father changes everything. She is 20 months old and I feel that she is growing every day. I want to be present to witness her development.''

The Oscar-winner insists fatherhood won't change his career prospects, however, claiming he has thus far managed to balance work and family life.

He added: ''I do not think [that parenting will affect my career]. The week my daughter was born I was filming 'Savages' with Oliver Stone.

''While she was in hospital, I was shooting people. What it may happen is that I am doing animation or a project for children.''

Benicio has reportedly joined the cast of Marvel comic book adaptation 'Guardians of the Galaxy'.