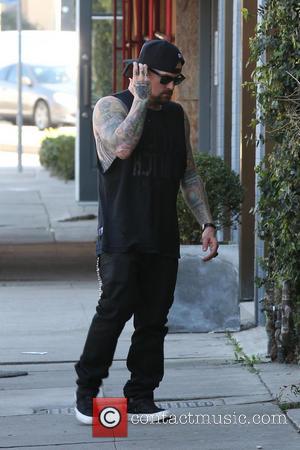 Picture: Benji Madden - Benji and Joel Madden and a friend out and about on Melrose Place in West Hollywood - Los Angeles, California, United States...

Rocker Benji Madden has fuelled rumours he is dating actress Cameron Diaz after attempting to dodge questions about the reported romance in a U.S. radio interview.

The Good Charlotte star has been photographed spending time with Diaz in California in recent weeks, and he was quizzed about the gossip during an appearance on Los Angeles radio show On Air with Ryan Seacrest on Friday (30May14).

When host Seacrest asked him if the speculation was true, Madden laughed nervously and said, "Well, Ryan, there's only one way to find out."

He then tried to deflect the attention away from himself by suggesting Seacrest play an old game he used to have on the show, titled Ryan's Roses, in which fictional listeners call in to air out their suspicions about a cheating partner. An on-air staff member then phones the accused lover, pretending to be a florist offering to send a dozen free roses to the person of their choice to see who they would pick.

Madden's change of subject prompted Seacrest to end his line of questioning.

The rocker had reportedly been introduced to Charlie's Angels star Diaz by his sister-in-law, Nicole Richie.

Benji Madden gets Cameron's name tattooed on his chest