Some Of The World's Leading Filmmakers, Including Bernardo Bertolucci And Wim Wenders, Have Joined Forces To Encourage Industry Leaders To Take Action On Climate Change. 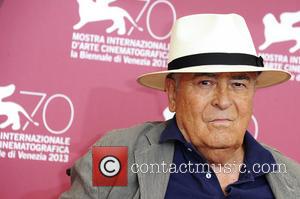 Bertolucci and Wenders, along with directors such as Fernando Meirelles, Atom Egoyan, and Bob Rafelson, have loaned their support to Film4Climate, an initiative of the World Bank's Connect4Climate programme.

The goal of Film4Climate is to garner the commitment from filmmakers to develop a concrete plan to reduce the environmental impact of film production as well as raise awareness about climate change through cinema.

Bertolucci announced his involvement in a statement which reads: "There is no doubt the earth is in danger. I am looking forward to see testimonies about the climate changes," and Wenders adds, "To combat climate change is one of the major tasks of our generation."

The directors' call to make the film industry more environmentally friendly will be presented during events at the Cannes Film Festival on 18 and 19 May (15).