Perfume: The Story Of A Murderer Review

By Chris Cabin
Bad
Like chugging a $200 bottle of pinot noir while feeding a steady methamphetamine habit, Tom Tykwer's take on Patrick Suskind's perverse classic Perfume takes out all the novel's dark teases and replaces them with his patented conniption-fit editing streaks and flashy color sweeps. Continue reading: Perfume: The Story Of A Murderer Review

By Nicholas Schager
OK
Is it possible to make a film about Hitler and his regime's final days without humanizing the Nazis? Oliver Hirschbiegel's Downfall (Der Untergang) proves to be a harrowing recreation of the Nazi elite's last stand trapped underground by the encroaching Red Army, but on the issue of depicting its notorious cast of characters - and the gangs all here, from Hitler and the Goebbells family to Himmler, Eva Braun, Albert Speer, and Hermann Fegelein - the film is unable to avoid sentimentalizing what is, for most of the modern world, a distinctly unsentimental moment in 20th century history. One can recognize the dramatic necessity of attempting to portray such monsters with more than a blunt brushstroke, and often, Hirschbiegel's impressively expansive drama (adapted by Bernd Eichinger from both Joachim Fest's Inside Hitler's Bunker and Traudl Junge and Melissa Müller's Until the Final Hour) eerily captures the hysterical, delusional fanaticism that gripped the Nazis - and Hitler in particular - up until the very end of April 1945. But if the sight of crying Nazis and "brave" SS soldiers is the price to be paid for such a riveting portrait, one must wonder if this well-intentioned enterprise - the first German-produced film to directly confront Hitler in nearly 50 years - doesn't sabotage its own portrait of the appalling empire's collapse.

The Mists Of Avalon Review

By Christopher Null
Weak
The story of King Arthur as you've never heard it before -- long, boring, and from a woman's point of view. The Mists of Avalon, a TNT miniseries come to home video and DVD, focuses on the character of Morgan le Fey (here Morgaine, played by Julianna Margulies), sister to Arthur and enchantress in training. The film has reasonably good production values (though some of the costumes are on the cheesy side), but the performances are uninspired (and the dude cast as King Arthur is just wrong for the part) and the story is overly drawn out to its miniseries length, full of pregnant pauses, lengthy narration, and unnecessary exposition. Overall, it's just too tedious for any but the most dedicated Arthurphile, though I don't really remember the threesome scene in the original legend...
1
Bernd Eichinger 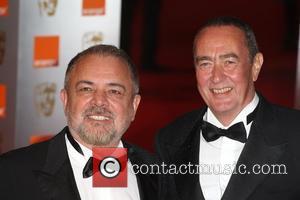 Perfume: The Story of a Murderer Movie Review

Like chugging a $200 bottle of pinot noir while feeding a steady methamphetamine habit, Tom...