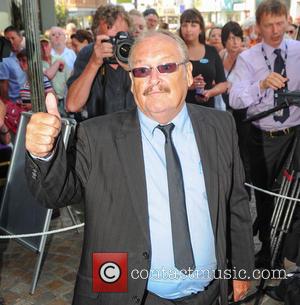 Today, hundreds of relatives, friends and fans of the talented Nolan sisters gathered in Blackpool to celebrate the life of Bernadette or simply Bernie Nolan, who died earlier this month after a prolonged battle with cancer. The event has been two weeks in the making. Since Bernie’s family wanted to do the extraordinary woman justice. More than a thousand people line the streets and gathered in front of Blackpool’s Grand Theatre to pay their last respects. The venue was selected by Bernie herself, for its sentimental value – it’s where the Nolan sisters had most of their very earliest gigs. They even performed for the Queen there in the 1980s. Bernie Nolan Wanted To Be Remembered At Her Best.

The news of Bernie’s death were announced earlier this month, on the 4th of July. The cause of death was breast cancer. While the singer had been cleared of the deadly disease back in 2010, in October 2010 doctors found that the cancer had spread to her brain, lungs, liver and bones. In February 2013, the doctors reportedly gave Bernie no more than a few more weeks to live. In March, she made the decision to move out of the hostel she was staying in and live out the rest of her days in her Surrey home. This was exactly what happened, although Nolan’s will and determination surprised everyone, as the singer survived longer than anyone had expected. On July 4th, she died in her sleep. Bernie was 52. Later that week it was announced that Bernie had wanted to be interred with the ashes of her stillborn daughter, Kate, whom Nolan lost in 1997. Her wish was fulfilled today, and the Bernie received a more touching homage than she had ever hoped for. Her 14-year-old daughter Erin read a poem, while Bernie’s sister Maureen read a poem by the deceased, urging mourners to remember her fondly and with joy.

"Don't be crying too much for me. Obviously I'd like a bit. I think I'm worth a little crying, but not too much," Bernie wrote in the letter. "No-one has had a better life than me really. Fifty years of singing, some of the best ever shows ... what an amazing time I've had. Do not mourn my passing, please. Celebrate ... my wonderful life."

A huge part of Bernie's legacy was the Nolan Sisters' music.