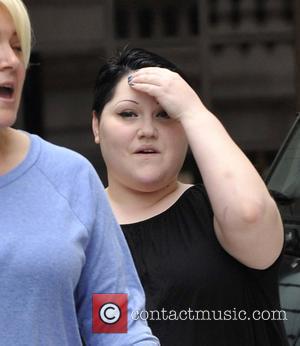 Beth Ditto has slammed rumours she has split up with her longterm girlfriend, insisting the pair is stronger than ever.
The openly gay Gossip singer has been dating her transgendered partner Freddie for nearly eight years and the pair lives together.
Ditto sparked speculation they had split after writing songs for the band's latest album, Music For Men, in which she documents their tumultuous relationship.
But the star insists they are still happily together and she merely wrote the songs when the pair had to deal with her rise to fame following Gossip's 2006 hit Standing in the Way of Control.
Ditto says, "We're still together. But I write spontaneously, the words and the music together, so if we've just had a row then it all comes out. Freddie keeps saying: 'Can't you be more discreet?'
"But I was writing when things were going crazy after Standing in the Way of Control - all of a sudden really tumultuous, coming to Europe all the time. Simple stuff that you thought would never change - like going on the road every summer, playing to small venues. You never saw anything past that, and we were really happy with that, actually. But we've been together forever, and we're still together."