Bette Midler To Star In Us And Them

Bette Midler is to star in family comedy 'Us & Them', alongside Billy Crystal. 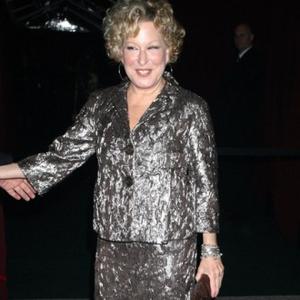 The 'Beaches' actress will join Billy Crystal and 'Don't Be Afraid of the Dark' star Bailee Madison in the family comedy.

The film - which reunites Crystal with his 'City Slickers' writers Lowell Gantz and Babaloo Mandel - will tell the story of a baseball broadcaster (Crystal) who is tasked with caring for his three grandchildren alongside his estranged wife (Midler).

The movie will explore the generational gap between the parenting styles of grandparents and their children.

11-year-old Madison will play one of the grandchildren.

Andy Fickman is to direct the movie, with production set to get underway later this month in Atlanta, Georgia.

The film will mark Midler's return to acting following a two-residency at Caesars Palace in Las Vegas.

While she enjoyed most of her time doing it, the 'Wind Beneath My Wings' singer admitted her enjoyment turned to disappointment in the last few months and she began to question if she was doing the right thing.

The legendary star explained: "I was living in the hotel and I remember one day I ordered room service, and the girl came and she looked so exhausted. I asked what was wrong and she said she was having to look after all the guests - they'd let everyone else go. And that's when you start to question yourself - what am I doing here? Am I contributing to this?"