Beloved Actress Betty White Will Be Saluted With A Lifetime Achievement Prize At The 42nd Annual Daytime Emmy Awards In Los Angeles Next Month (Apr15). 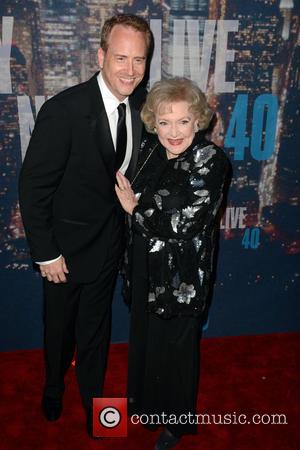 Picture: Betty White - A host of stars including previous cast members were snapped as they arrived to the Rockerfeller Plaza for Saturday Night Live...

The 93-year-old Golden Girls star, who has won seven Emmys throughout her career, will be the guest of honour at the National Academy of Television Arts and Sciences' annual ceremony.

NATAS president Bob Mauro says, "Betty White is an American institution. Betty's career as a female pioneer has followed television from literally the beginning of the medium, winning her first Emmy Award in 1952, to the digital-streaming future, winning again in 2010.

"She is one of the most beloved female performers in the history of television, and the National Academy is proud to be honouring her with a most well-deserved Lifetime Achievement Award."