Knight: 'I Was A Victim Of Domestic Abuse' 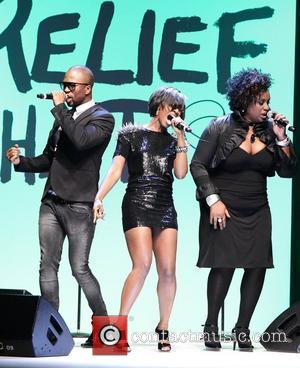 Soul singer Beverley Knight has opened up about the domestic abuse she suffered at the hands of a former boyfriend - she once threatened a lover with a knife after he slapped her during a vicious argument.
The Shoulda Woulda Coulda hitmaker admits she was involved in an abusive relationship when she was younger - but eventually she fought back.
She tells Britain's Daily Telegraph, "I was a victim of abuse. This guy I was with had an issue with what I wore.
"He grabbed me by the throat and I told him I wasn't going to change, and he slapped me round the face. I went to the kitchen and grabbed a knife and waved it in his face, and said: 'Don't you ever do that to me again.'"
And that wasn't Knight's only encounter with an abusive partner.
She adds, "After that, I ended up seeing a guy who was just terrible: emotionally abusive. He would really put me down and I became this shadow of myself."