Review of 4 Album by Beyonce Knowles

Okay let's make no mistake here, the single 'Run The World' is like Marmite you either love or hate it and there is no in between. Personally I hate it, hate is a strong word but I am passionate about my music particularly R&B and Soul. I don't get why the worlds biggest female R&B act has to record a dance record, it isn't necessary, she is way too big to have to do it. I go as far to say that when the likes of Beyonce, Usher, Ne-yo record dance style tracks it infuriates me. Luckily for me '4' almost shows a similar contempt towards the single, I ask you what other lead single from a new album has ended up being the last track on the album!!! I rest my case your honour. 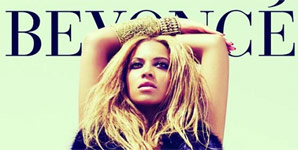 So let's talk about the album, first up in recording 'Run The World' Beyonce already gets my vote for worst track of the year! that said in 'Love On Top' she has probably recorded the one of if not the best track of the year. This sublime near homage payment to all the great retro soul acts is of the kind of quality that literally takes your breath away. Reminiscent musically of Michael Jackson at his very best, with a song to match, by law this sunshine anthem should be blasted out of every soft top in the world over summer. But the goodies don't stop there, oh no, Andre 3000 does a better impression of Kanye West, than Kanye himself on the intro of the stunning 'Party'. Again a real soulful vibe, with an electronic twist to it, similar to something the SOS Bang may have recorded.

Beyonce's vocals are as powerful as ever showing why she is respected by the R&B world. Down beat wise there are such gems as the sublime 'I'd Rather Die Young', lyrically pure genius. 'I Miss You', 'I Was Here' and 'Best Thing I Never Had' offer a more pop feel but are still of real quality. Meanwhile 'End Of Time' has a near Janet Jackson 'Rhythm Nation' feel to it and 'Countdown' definitely has a likable value. All in all a very strong set and a very pleasant surprise after the appalling lead single.

Has Beyonce still got it? You bet she has.