Review of Beyonce Album by Beyonce

2013 seemed to be Beyoncé's transitional period from loved pop everywoman, to beloved corporate tool with the singer working alongside the NFL, Pepsi, H&M and more but not, it seems, her ardent fanbase. That all changed with the release of 'Beyoncé', her most personal and distinct record to date; a record that speaks directly to those who follow her and not those who line her pocket. On 'Beyoncé', our returning R&B queen has come with an agenda, one that doesn't involve throwaway pop anthems and attempts to keep Bey as human as possible. 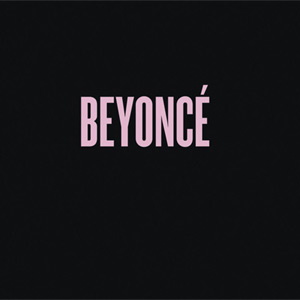 From the marketing campaign (or lack of it) alone, this was already Beyoncé's most ambitious record to date and when the music starts it is relatively clear to see that this is also her most ambitious record musically and thematically. 'Beyoncé' is a mature listen, with clear and serious ideas behind the songs. Sometimes these ideas are more playful, and especially sultrier, than others, but when Bey gets very serious, she forces you to forget about all the sex and take notice of what she is preaching.

Her voice is consistently strong and her powerful delivery only heightens the seriousness of her lyricism. Beyoncé leaves the sugar coating to her pop rivals, tackling her fears and insecurities in her songs, addressing the anxieties caused by marriage on the steady building 'No Angel' and 'Jealous', attacking the modern obsession with beauty and perfection with lines like "perfection is the disease of a nation" on 'Pretty Hurts' and flashing her feminist side on '**Flawless'. Yet on 'Blue', her ode to her baby daughter, the syntax conveys only pride and adoration for her first born, as the seriousness of the album shifts from incense to harmony.

The joy of motherhood isn't the only thing Bey has been enjoying recently though, as she sings freely and frequently about sex with no inhibition. Whether trading lustful lines with husband Jay-Z on 'Drunk in Love', 'screaming' on 'Rocket', or getting downright dirty on 'Blow', Bey doesn't let her passion for the male member go without mention. She isn't talking about baked goods when she sings: "I can't wait 'til I get home so you can tear that cherry out".

The songs are not without their faults, but the hiccups are refreshingly far between each other and do little to deter from the overall quality of the album. 'Drunk in Love' does little to convince otherwise that Jay-Z has long past it as a rapper and that he should probably keep to his business ventures instead of making another stale rhyme about how good sex with his wife is. We get what she's saying when she sings, "All the people on the planet working 9 to 5 just to stay alive, how come?" on 'Haunted', but as promising as her 'follow your dreams' rally is, it can come off as being a bit patronising. Maybe I'm just too much of a cynic.

'Superpower' is a fun song, however it is a shame that Frank Ocean doesn't have a more prominent role. This one frustration doesn't take much away from the song though, a merry plod where Frank's "do-do"s meander affably along the base of the song. The production is comprised of some big names, with Pharrell Williams, Timbaland and more making appearances, but there is a relative similarity between each track, as Mrs Carter explores the realms of minimalist, bass-tinged R&B. She lets her voice do most of the work on the album, but at times - like with the quieted 'Superpower' - the work of her production team shines through resiliently. The piano-led lullaby on 'Blue' compliments the lovelorn mother's coos perfectly and, at the polar opposite of this, the stomping, brooding build of 'Partition' opens the album up to a contemporised hip-hop side.

The only real way to ensure that popular genres advance and attempt to bring something new to the largest table of all is when one of the biggest stars embraces change and tries to pull popular culture into the modern era. This isn't a new theory and it isn't one that hasn't already been attempted in recent years. Britney Spears, Katy Perry, Miley Cyrus and Lady Gaga have all failed to bring anything excitingly different to the table with their 2013 efforts, mainly producing samey disco-pop, aimless ballads and contrived electro-pop between them. On 'Beyoncé', Queen Bey is a shining example of how mainstream experimentation can go ever so right. It isn't exactly the most daring thing you will hear this year, but it does happen to be one of the few albums released this year that takes itself seriously and doesn't end up being laughable. It is fitting that Beyoncé worked with Justin Timberlake on two of the songs - he co-wrote 'Blow' and 'Rocket', and co-wrote/produced 'Yoncé/Partition' - because he and Bey are the two mainstream artists who ignored the popular call in mainstream music and released something that was true to them and not true to the zeitgeist. Much like Timberlake, although not quite as convincingly, Beyoncé has released an album that mainstream music might not want, but something that it definitely needs.