Review of I Am.Sasha Fierce Album by Beyonce Knowles 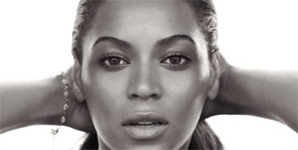 The delightful Diva Beyonce is back with her third solo album 'I Am.Sasha Fierce' on Columbia. I think there's very few who don't know this amazing soul and R&B talent who oozes beautiful femininity and genuine class. After a hugely successful career with Destiny's Child Beyonce released her first solo album 'Dangerously In Love' that got her four Grammy's,
billboard number 1's and launched her as a self credited respected artist. The rest is history.

'I Am.Sasha Fierce' seems like a strange title however with a little research we discover this is her alter ego on stage. It's certainly a personal album with the obvious touches of 'diva' stardom that we expect from her like the recently released single 'Single Ladies (Put A Ring On It)'. 'If I Were A Boy' is the first track on the album that went to number 1 in the UK singles chart. It's a good indication of the album as we'd expect maturity,
experimentation with songs and expression on a third album that we see on 'I Am.Sasha Fierce'. 'Halo' is a very sensitive and classic track on the same tip as Alicia Keys.

The album is split into 2 Discs. The first being very classical, serene and personal as Disc 2 is more up tempo, sexually charged and experimental. Disc 2 reminds me more of 'Dangerously In Love'. Overall it is quality as you'd expect from Beyonce. Three albums on and it seems she's exploring a bit more rather than an all out assault to prove herself. She's showing her sophistication on Disc 1 and shows she's still got it on Disc 2. I can see why she's released 'I Am...Sasha Fierce' as two discs to show two different sides to her although it can't be put in the category of other double albums in her genre like 'Songs In The Key Of Life' for example however she is in the same musical royalty as Stevie and still has more to give. She is an icon and many will appreciate her new album.