Hip-hop's most powerful couple will begin their summer tour this June in Miami, and wrap things up in San Francisco on Aug 5th. 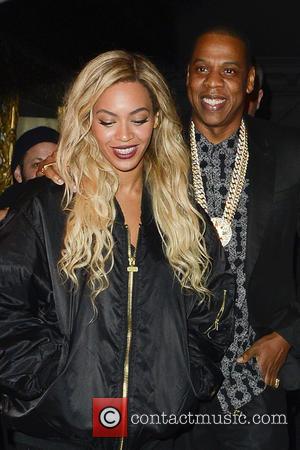 Music's biggest power couple, Beyoncé and Jay Z, have officially announced which cities they will be heading to this coming summer.

Hip-hop's royal pair confirmed they will be co-headlining the 'On The Run' tour, which will be hitting at least 16 cities across North America, kicking things off on June 25th Miami's Sun Life Stadium.

The married duo will also be stopping off in Philadelphia, Houston, Toronto, Chicago and Winnipeg, Canada, before finishing up on August 5th in San Francisco's AT&T Park.

Beyoncé's upcoming shows with her beau will take place just three months after she wrapped up her own 11-month global 'Mrs. Carter Show World Tour.'

Although the parents to daughter Blue Ivy, who celebrated their 6th wedding anniversary earlier this month, have joined each other on stage before, this will be their first official co-headlining tour.

Tickets for the tour, which was named after their 'Part II (On the Run)' single, will be first made available to Chase credit customers and members of Beyoncé's Fan Club exclusively on Tuesday (April 29th).

The general public will be able to purchase tickets on Friday (March 2nd) through Live Nation's website and mobile app.

Speculation of a joint tour began earlier this month, and although the pair only confirmed dates in North America, there are rumors claiming they plan to take it around Europe this coming fall.

Look at the entire 16-date schedule below: