The 32 year-old singer's outfits from her 2013 Super Bowl performance and several music videos will be on display at the Rock and Roll Hall of Fame and Museum from next Tuesday. 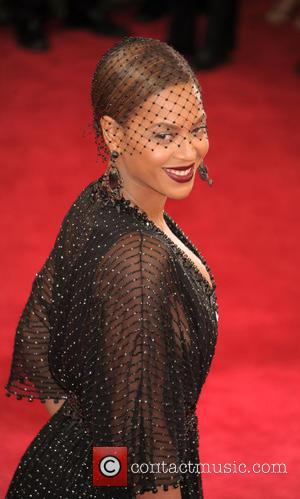 Beyoncé's wardrobe will soon be available for your viewing pleasure.

Several outfits that the 32 year-old has performed in will go on display at the Rock and Roll Hall of Fame and Museum even though she hasn't been inducted yet.

On Friday (July 18th), the Rock Hall announced that clothes Beyoncé wore during her Super Bowl performance and music videos will be put in an exhibit, debuting next Tuesday in the Ahmet Ertegun Main Exhibit Hall in its Legends of Rock section.

The different outfits will be placed next to legendary items of clothing worn by the likes of Michael Jackson, David Bowie and Bruce Springsteen.

The 'Drunk In Love' singer will not be eligible for induction as a member of Destiny's Child until 2022, and then as a solo artist in 2027.

The exhibit, which will be displayed in Cleveland, Ohio, will feature Bey's recognizable pieces from the 'Single Ladies' music video, the body suit from her 2013 Super Bowl performance and the Givenchy gown she sported at the 2012 Met Ball, as well as many more.

This project has been in the works "for a really long time," Rock Hall curator Meredith Rutledge-Borge revealed.

"When we looked at the depth of the amount of stuff that she was willing to send, we just thought, 'The only way we can really showcase these items is to put them in the Legends of Rock area in the museum,' which really is the spot that we have to pay tribute to legends of rock, which Beyoncé has proven herself to be," she said in an interview.

More: Beyonce And Jay Z Were Right At Home At The MetLife Stadium

"For an artist to be able to have a presence where all of her idols and mentors live, it is a big deal," she said. "It's very meaningful to an artist when you feel like you've accomplished certain levels and to be asked to be part of this before she's eligible, I think that's really special." She may not be a Hall of Famer just yet, but Beyoncé is already a legend.