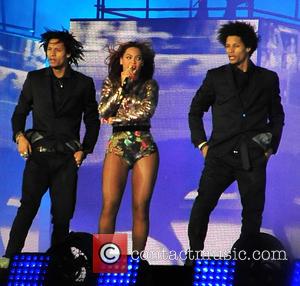 Picture: Beyonce - Celebrity super couple, pop star Beyonce and rapper Jay-Z perform in Paris as part of their their 'On the Run Tour' - Paris,...

Beyonce and Jay Z are releasing a short film trilogy to accompany their HBO concert special, which will debut in America later this month (Sep14).

The married superstars just wrapped their On the Run tour on Saturday (13Sep14) and a Tv special showcasing their final gigs in Paris will air on 20 September (14).

On Monday (15Sep14), the Drunk in Love hitmakers released the first part of the trilogy, entitled Bang Bang, which features the couple portraying outlaws, driving through the desert in a 1960s Pontiac Gto.

The second part of the trilogy will be released on Tuesday (16Sep14).