Why Was Beyonce's Brazil Fan Treated So Well By The Singer?

Beyonce's Brazil fan managed to get away with his little stunt. 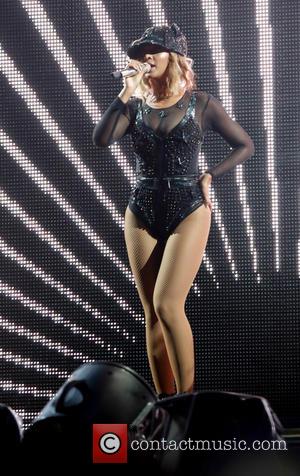 Beyonce's Brazil fan, who grabbed her by the waist and tried to pull her into the audience during a show in Sao Paulo, managed to come out of the situation pretty unscathed. By unscathed, we mean he wasn't dragged out of the crowd by the singer's heavies and given a 'talking to' backstage.

In fact, Beyonce's reaction to the whole thing was rather bizarre, given the short shrift she gave a man who slapped her behind in Copenhagen.

In case you're not familiar with the story, YouTube video surfaced this week showing Beyonce singing Irreplaceable to an adoring Brazilian crowd.

Suddenly, a shirtless concertgoer is seen putting his arms around her the singer and dragging her towards him. Beyonce almost ends up in the crowd before security guards step in to rescue the singer and try eject the fan.

However, the singer is heard to say over the mic, "Hey! Hey! It's all right. Calm! Calm! Calm!" and the guards step down.

Watch Beyonce almost being pulled into the crowd in Brazil:

There seemed to be no hard feelings as at the end of the song. Beyonce said: "Let me speak to the gentleman - he just got excited. It's all right." She then lent over, shook hands with the man and told him, "I love you, too."

It was a far cry from Bey's reaction after being slapped on the bottom during a show in Copenhagen. "I will have you escorted out of here right now, alright?" she told the red-faced punter. Beyonce Performing At The Made in America Festival