Beyonce believes gender equality is still a ''myth'' and has written an essay calling for people to demand equal pay for women in the workplace. 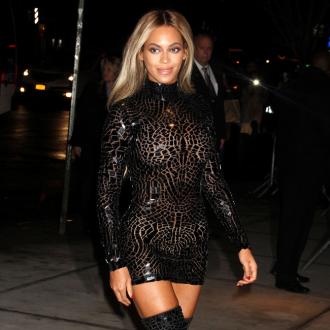 The 'Drunk in Love' singer has written an essay questioning why women still typically get paid less than men holding similar positions in the US workplace.

''Unless women and men both say this is unacceptable, things will not change.

''Humanity requires both men and women, and we are equally important and need one another. So why are we viewed as less than equal? These old attitudes are drilled into us from the very beginning. We have to teach our boys the rules of equality and respect, so that as they grow up, gender equality becomes a natural way of life. And we have to teach our girls that they can reach as high as humanly possible.''

Beyonce also included a feminist message from writer Chimamanda Ngozi Adichie on the track 'Flawless' on her recent self-titled album. As a successful recording artist, Beyonce is seen as a symbol of female empowerment and wants to inspire young people to follow her and stand up for their rights.

Beyonce's essay is included in 'The Shriver Report: A Woman's Nation Pushes Back from the Brink' which is available to download for free until Wednesday (15.01.13).