Beyonce danced the night away celebrating the release of her husband Jay-Z's new album 'Magna Carta Holy Grail' with friends and family in Brooklyn in New York City on Wednesday night (03.07.13). 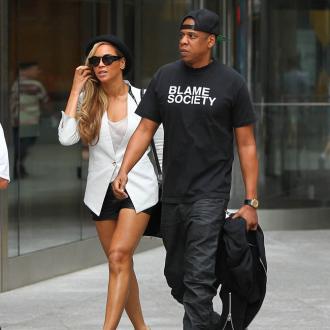 Beyonce danced the night away at Jay-Z's album release party.

Jay-Z - who was celebrating the release of his new album 'Magna Carta Holy Grail' - threw a ''secret'' bash with 500 guests at Brooklyn's Liberty Warehouse in New York City on Wednesday night (03.07.13).

Us Weekly magazine report Beyonce - who was taking a night off from her 'The Mrs. Carter Show World Tour' - was ''dancing up a storm'' to the song ''Tom Ford'', a lead track on the album which she features on.

Beyonce is also heard on the song 'Part II (On the Run),' which appears to be a sequel to their previous collaboration 'Bonnie & Clyde,' from Jay-Z's album 'The Blueprint 2: The Gift & The Curse.'

The album was released at midnight on July 4 on Samsung phones to a million users.