Beyonce, Pearl Jam, Ed Sheeran and Coldplay will headline New York's Global Citizen Festival which aims to raise awareness for the work to end poverty by the UN. 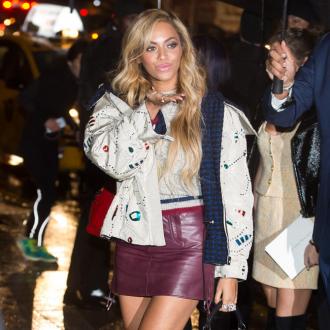 The 'Crazy in Love' hitmaker and the iconic rockers are just two of the huge names announced for the fourth annual benefit concert, which will take place on the Great Lawn of New York City's Central Park on September 26.

Beyonce - whose Chime for Change campaign has partnered with the festival to empower young women - said: ''I am honoured to be a part of the Global Citizen Festival.

''It has always stood for improving the lives of people everywhere, but this year is especially rewarding as we all join focuses and utilize our talents for one goal: to end extreme poverty globally.''

Alongside the US music stars, seven-time Grammy Award winners Coldplay will take to the stage, as well as Ed Sheeran, who has sold almost five million copies of his second album 'x' since it was released last year.

The benefit concert aims to raise awareness of the United Nations' efforts to end extreme poverty by 2030 as well as fighting inequality and protecting the earth.

Speaking ahead of the concert, Pearl Jam guitarist Stone Gossard said: ''We hope Pearl Jam fans will sign up to become Global Citizens - not just to earn tickets to the show - but to be part of a movement that encourages leaders of nations with the greatest wealth to apply aid, trade and governance policies in support of nations and communities in the greatest need.

''People living on less $1.50-a-day deserve the opportunity to lift themselves up out of extreme poverty.''

Tickets to the concert - which has previously hosted performances from Foo Fighters, Sting, Jay Z, No Doubt and John Legend - are free to those who visit Global Citizen's website and earn admission through action.