Beyonce for The Great Gatsby soundtrack

Beyonce will cover Amy Winehouse's 'Back to Black' for the soundtrack to 'The Great Gatsby', which is being scored by her husband Jay-Z. 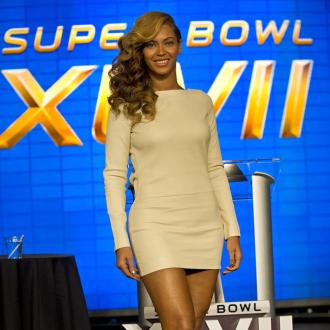 Beyonce will be featured on 'The Great Gatsby' soundtrack.

The singer-and-actress has collaborated with Andre 3000 on a cover of late singer Amy Winehouse's 'Back to Black' for Baz Luhrmann's opulent drama, which is based on F. Scott Fitzgerald's 1929 novel of the same name.

The film's score is being composed by the 'Halo' hitmaker's husband, Jay-Z - real name Shawn Carter - who worked on the music with record producer The Bullitts.

Jay-Z previously said of working on the film's score: ''As soon as I spoke with Baz and Leonardo, I knew this was the right project. 'The Great Gatsby' is that classic American story of one's introduction to extravagance, decadence and illusion.

''It's ripe for experimentation and ready to be interpreted with a modern twist. The imagination Baz brought to 'Moulin Rouge' made it a masterpiece, and the 'Romeo + Juliet' score wasn't just in the background - the music became a character. This film's vision and direction has all the makings of an epic experience.''

'The Great Gatsby' is due for release on May 10.