Beyonce reportedly insisted only natural photos could be used in her H&M ad campaign after discovering some of her bikini shots had been edited. 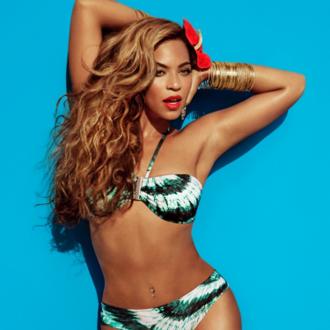 Beyoncé was allegedly outraged when H&M photoshopped her curves.

The superstar was unimpressed when she saw the heavily-edited images for the high street brand's spring/summer 2013 ad campaign, which sees her frolicking on a beach in Barbados in tropical-print bikinis, sexy micro-shorts and floaty dresses, and insisted only natural pictures could be used in the final print ads.

A source told The Sun newspaper: ''When Beyoncé found out they had edited the way her body really looked, she hit the roof.

''She's a true diva and was furious that she had been given such a snubbing. Her people refused to give the pictures the green light so H&M were forced to use the originals.''

The 'Bootylicious' mother-of-one is a firm believer in promoting healthy body image for young women and has often spoken about the importance of being healthy.

She recently said: ''Not everyone is supposed to be the same. Be healthy and take care of yourself, but be happy with the beautiful things that make you, you.''

A spokesperson for H&M admitted in the past there were ''discussions'' about the images, revealing the star had final approval of which photos should be included.

He said: ''As with all campaigns there are discussions on which images should be used. Both H&M and Beyoncé are very happy with the final result.''