Beyonce has given fans the latest teaser of her new material in Pepsi's latest commercial. 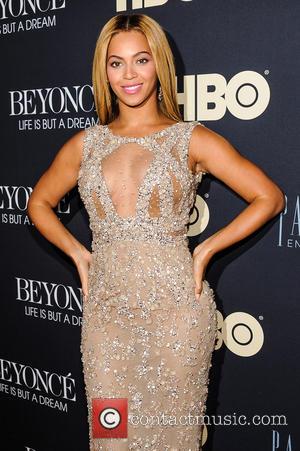 Beyonce has unveiled a teaser of new track 'Grown Woman' in a commercial for Pepsi. The R&B superstar is seen dancing to the initial beats of the track in front of several mirrors, before taking a break, cracking open an icebox and helping herself to an ice cold can of Pepsi. No cokes in there, strangely.

After a long swig, Beyonce is fully refreshed but after looking into the mirror she is confronted with past images of herself, each representing her previous hits. Unperturbed, the singer continues dancing and singing to the new track, which features the lyrics, "They love the way I walk, Cause I walk with a vengeance, And they listen to me when I walk, Cause I ain't pretending, It took a while now I understand, This where I'm going, who I am, bout time I show it."

'Grown Woman' is produced by Timbaland and features on her currently untitled fifth studio album. It's the latest taster of Beyonce's new material, with new song 'Standing On The Sun' accompanying a video for her H&M summer campaign. She also collaborated with Andre 3000 on a cover of Amy Winehouse's Back to Black, for The Great Gatsby soundtrack. She released a snippet of a new song titled 'Bow Down/I Been On' earlier this year, to a mixed reception from fans and critics. Beyonce At The Grammy Awards In 2012