Beyonce has increased her security at the 'Sound of Change' concert in London's Twickenham Stadium on Saturday (01.06.13) after receiving threatening letters thought to be from a previous stalker. 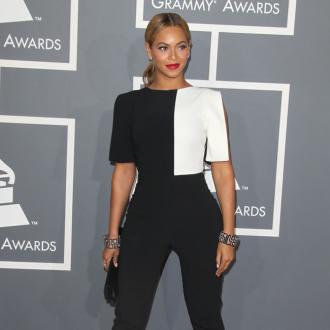 Beyonce has increased security at her show in London on Saturday (01.06.13) in fear of a British stalker.

The 'Grown Woman' hitmaker is scheduled to perform at the city's Twickenham stadium at the weekend as part of the 'Sound Of Change' concert and staff have been told to look out for prowling fan Bassey Essien, who is reportedly sending her threatening letters labelling her an imposter.

A source told The Sun newspaper: ''Staff have been briefed on the situation and pictures of him have been passed round. They've been told to keep their eyes open and be extra vigilant.

''Security has been increased on a few engagements now, especially for her UK promo. It is believed similar letters to the ones that Essien sent have been received.''

Beyonce, 31, was previously targeted by the obsessed follower when he met her at a function in London in 2009, trying to give her a book of notes he had made of his religious findings.

Despite claiming he was attempting to help the singer - who is mother to 16-month-old daughter Blue Ivy, who she has with husband Jay-Z - Bassey was sentenced with an anti-harassment order in the High Court in 2011 after several previously failed attempts to get the restriction in place.

This decision to up security comes after Beyonce's bottom was slapped by a male fan during her show in Denmark earlier this week.

Looking at the audience member in disbelief, she told him: ''I will have you escorted out right now, alright?''