Beyonce Knowles has signed a $50 million deal with Pepsi to become the new face of the soft drinks giant. 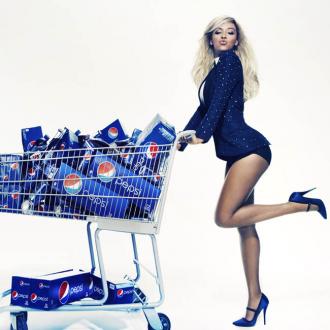 Beyonce Knowles has become the new face of Pepsi.

The 'Love On Top' singer has reportedly signed a $50 million deal with the soft drinks giant for their 'Live for Now' campaign and part of the contract will see her grace a series of limited edition cans in March next year.

Beyonce said: ''Pepsi embraces creativity and understands that artists evolve. As a businesswoman, this allows me to work with a lifestyle brand with no compromise and without sacrificing my creativity.''

Brad Jakeman, president of PepsiCo's global beverage group, added: ''Consumers are seeking a much greater authenticity in marketing from the brands they love.

''It's caused a shift in the way we think about deals with artists, from a transactional deal to a mutually beneficial collaboration.''

The 'Halo' hitmaker's performance at the Super Bowl 2013 Halftime show next February, will be sponsored by Pepsi, while her advert for the brand will air for the first time during the famous sporting event.

Pepsi will also sponsor many of her concerts as well as help to promote her fifth studio album, which is out next year.