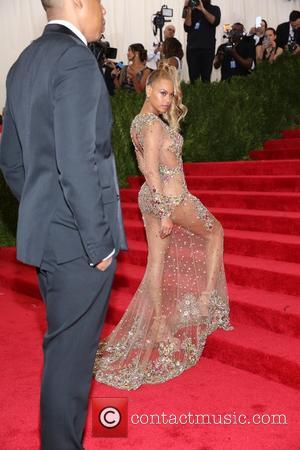 The Flawless hitmaker is featured with wet, wavy hair as she models a lavender, flower-embroidered dress on her third Vogue U.S. cover, which also marks only the third time a black woman has featured on the September edition in the magazine's 123-year history. Supermodel Naomi Campbell and actress Halle Berry have also had the honour.

The cover, shot by revered fashion photographer Mario Testino, features the strapline, "Just B: Beyonce And The Art Of Global Domination", and in the cover article, titled, The Unparalleled Reign of Beyonce, designers including Marc Jacobs and Stella MCCartney gush about the R&B powerhouse.

Dismissing the negative connotations of the term "diva", Jacobs says, "The word diva is used for so many female performers, and it often means they have reputations for being difficult, but she exudes charm and a lovable quality."

The cover serves as an early birthday present for Beyonce, who turns 34 on 4 September (15).