Beyonce Named Mother Of The Year By Barnados 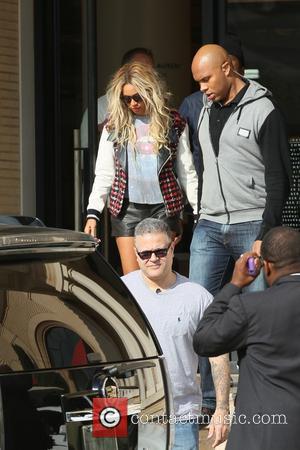 Pop superstar Beyonce has been named Honorary Mother of the Year by children's charity Barnados after she created a special video which showed her meeting underprivileged kids backstage at one of her concerts.

The singer asked a camera crew to capture the youngsters' visit backstage at her gig in Sydney, Australia in October (13) and the clip has racked up thousands of hits since it was posted on her Facebook.com page this week (beg02Dec13).

While she was touring Down Under, Beyonce set up mobile donation centres to collect clothing for the charity, and the organisation's bosses have now named her Honorary Barnados Mother of the Year for her good work.

A statement from the charity reads, "Barnardos Australia... has declared the superstar performer as Barnardos Honorary Mother of the Year 2014. During a private meet and greet with a group of Barnardos' children and young people, Beyonce was presented with a Coolamon, an Indigenous carrying vessel traditionally used by women to carry and cradle babies. Acknowledging Beyonce for her kind, loving and determined nature Barnardos Australia says Beyonce embodies the qualities of a Barnardos Mother of the Year."

Beyonce is a real life mother to a daughter named Blue Ivy with her rapper husband Jay Z.