Beyonce reduced her fans to tears as she dedicated two songs to actor Paul Walker who died in a car crash last Saturday (30.11.13) in Santa Clarita, California. 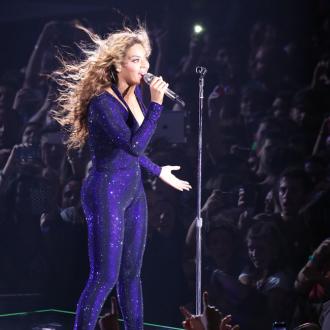 The 31-year-old singer reduced some fans to tears as she dedicated two emotional songs to the 'Fast and Furious' actor, who died in a car crash in Santa Clarita, California, last Saturday (30.11.13).

Beyonce sang a rendition of Whitney Houston's 'I Will Always Love you' and her own hit single 'Halo' in front of a star-studded crowd which included Khloe Kardashian and Kelly Osbourne.

The R&B superstar was met with cheers as she said: ''I dedicate these songs to Paul Walker.''

Fans quickly took to Twitter to express their emotions after the performance, one user Tayler Wilson tweeted: ''When @Beyonce sang Whitney Houston I will always love you and dedicated it to Paul walker... I cried. That woman sings like no other (sic)''

Twitter user Jazmyne Flores added: ''Legit crying bc everyone's singing Halo at the top of their lungs and Beyonce dedicated it to Paul walker (sic)''

A private family memorial service for Paul, 40, and his friend Roger Rodas - who had been driving the vehicle when it hit a pole - was held at the site of the crash on Monday (02.12.13).