eyonce has delayed the release of new music in order to ''push out'' chart rivals Katy Perry, Miley Cyrus and Britney Spears. 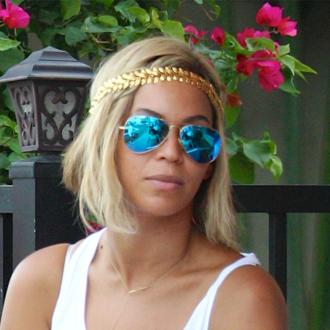 Beyonce plans to ''push out'' her chart rivals with a top-secret new track.

The 'Crazy in Love' hitmaker is planning a surprise single toward the end of the year, with the release date calculated for after Lady GaGa, Katy Perry and Miley Cyrus release new albums, in order to trump their records.

A source said: ''Many in the music industry have heard Beyoncé will put out a single in the fourth quarter, some time from late November to early December.

''It's an official single and it's timed perfectly to push out all the others. It will be out before the end of the year.''

According to the insider, Beyonce has gone to great lengths to keep the song hidden and insisted it was played as little as possible when she filmed the video, directed by acclaimed photographer Terry Richardson, in August.

The track is expected to be unveiled on December 3, the same day as Britney Spears releases her new album, 'Britney Jean'.

The source told the New York Daily News newspaper: ''There is a noticeable hole in Columbia Records' Q4 release schedule and it's going to be Beyonce's release.''

Beyonce's representative confirmed she has an upcoming project, but insisted there are ''no confirmed dates'' for its release just yet.