Beyonce has released new material titled 'Bow Down/I Been On' on her website, with the controversial lyrics already causing divided opinions among fans. 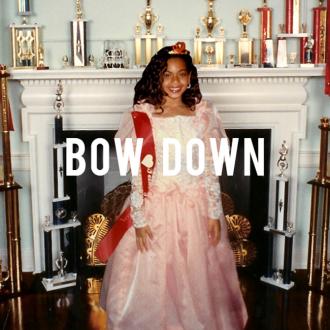 Beyonce has previewed two new tracks, 'Bow Down' and 'I Been On'.

The track was accompanied by a photo of the singer as a child standing in a room full of trophies.

Lyrics include the lines: ''I know when you were little girls you dreamt of being in my world / Don't forget it / Respect that / Bow Down b****es.''

Elsewhere she sings: ''I took my time to live my life but don't think I'm just his little wife / Don't get it twisted this is my sh*t.''

The clip takes pieces from two different songs, 'Bow Down' which has reportedly been produced by Hit-Boy and 'I Been On' which is thought to have been made with Timbaland.

Beyonce's lyrics appear to refer to her absence from the music industry as she has become a mother to daughter Blue Ivy, now 14-months, and her husband, rapper Jay-Z, but her choice of words and apparent attitude have divided opinion.

One fan wrote on Twitter: ''I'm not sorry that @beyonce is a trend-setter and doesn't sound like everyone else. It's about changing the game #beyhive (sic)''

However, others were left surprised at her outburst.

One user wrote: ''how can u sing at the presidents inauguration then release this disgusting, offensive song @beyonce? I'm genuinely shocked (sic)''

Beyonce is set to start her 'Mrs. Carter Show' tour next month.