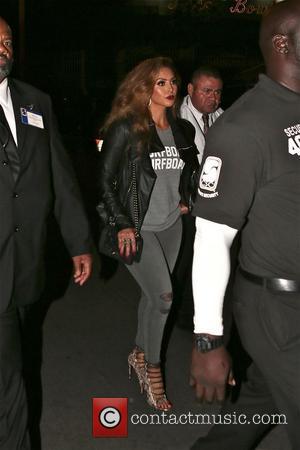 Beyonce's mother has dispelled rumours her daughter's marriage to Jay Z is on the brink of collapse, insisting the couple's relationship is "perfect".

Speculation around the couple's marriage has been growing for months and recent rumours suggested the stars would announce their separation following the end of their joint On The Run tour this month (Aug14).

The pair has yet to comment on the story, but the singer's mother Tina has now blasted the claims, insisting the stars are still together and very happy.

She tells Tmz.com, "Haters going be haters and there's nothing we can do about that... everything's perfect."

Beyonce and Jay Z married in 2008. They have a two-year-old daughter named Blue Ivy.