Always 'On the Run' Beyonce Knowles personal assistant describes life on the road with the superstar and what fashion essentials she never leaves behind. 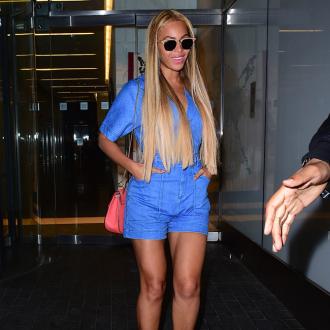 Beyonce's personal assistant always makes sure she doesn't upstage her boss in the fashion stakes.

Sam Greenberg gave a behind-the-scenes interview to shed light on what life is like being the right hand woman to the 'Drunk in Love' singer and revealed that she makes sure she sticks to ''functional'' fashion while supporting the star.

She said: ''In this job it is about looking clean and looking cool, and not trying to be much in the spotlight because that isn't why you're there. It is also representing whom you work for.

''Sometimes we get off the plane and go straight to a show or to a meeting. I always make sure it isn't too sweatpants and sweatshirt. I wear overalls [by Topshop], which are really comfortable on planes.

''If I'm on tour, I'm absolutely wearing black backstage. I've always worn black, so it wasn't too much of a challenge. It's to blend into the background; people won't have to see a person in a bright pink top running back and forth on stage.''

Sam also revealed that her favourite designers are Stella McCartney, Proenza Schouler and Balenciaga because they are functional but she turns to Beyonce's own merchandise for casual comforts.

She added to Vogue magazine: ''The pieces are curated so well and they are designed in such a cool way. Whether it is throwing on a sweatshirt that says 'Surfboard' to go to the gym or putting on one of the T-shirts under a Levi's denim jacket, it's really functional and cool ... You don't feel like you are walking around with a big Beyoncé face on you!

''You have some cool nod to her that everyone understands, but is also really chic as well.''