Beyonce injected some much needed optimism into Detroit on Saturday evening. 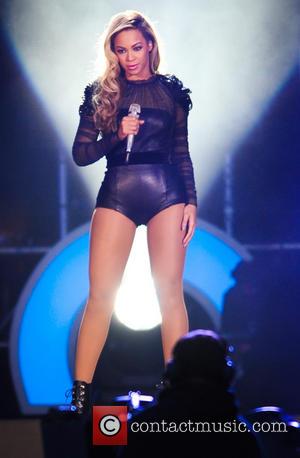 Beyonce injected some much-needed optimism into the city of Detroit on Saturday night with a swashbuckling show at The Palace of Auburn Hills. Last week, Detroit became biggest ever city to file for bankruptucy, with Michigan Governor Rick Snyder saying the Motor City is "basically broke," according to BBC News.

However, a dizzying performance from the world's biggest entertainer distracted the city's people, if only for two hours.

The 31-year-old's set was full of attitude, soul and passion and she paid tribute to the town with a cover of Sam Cooke's classic song 'Change is Gonna Come' as a video montage of Detroit themes played behind her all-girl band. Kid Rock, Eminem, Joe Louis, The Renaissance Center, a United Auto Workers logo and a motivational quote from Henry Ford all apperared.

"Detroit! Hi y'all doin'? I'm very grateful to have a show here in Detroit tonight. I love this city," yelled Beyonce during the performance, according to MLive.com.

Last week, it was revealed how Eminem turned down the lead role in Neill Blomkamp's sci-movie Elysium because it wasn't set in Detroit. Oscar-winner Matt Damon was actually the director's third choice for the part - behind Eminem and rapper Ninja - though both turned down the role.

According to the article in Wired, Eminem had the single condition that Elysium should be shot in his hometown - something producers were unable to deliver. With Oscar-winner Damon in the lead role, production began in Mexico City in July 2011. Beyonce Performing at the LG Arena in Birmingham