Beyonce is being sued by a backing singer for $7 million after it was claimed the star had plagiarised her music to write her hit song 'XO'. 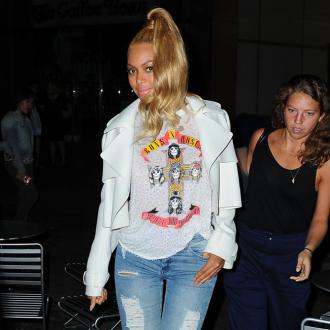 Beyonce is being sued by a backing singer for $7 million.

The 33-year-old star and her company Parkwood Entertainment and Columbia Records have been taken to court over her hit 'XO' after Ahmad Lane filed a federal lawsuit claiming she had stolen the music for the track.

Ahmad alleges that Beyonce's current backing singer Chrissy Collins gave her a copy of his song 'XOXO' after he passed on the track to her when the pair were working together for another artist.

However, the Grammy Award-winner has vehemently denied the claims in court documents obtained by Radar Online.

The response reads: ''The two works at issue are entirely different songs that share no lyrical or musical similarity, other than perhaps the letters X and O.

''The two songs are distinct from a thematic perspective.

''[They have different] melodic content and there is no meaningful similarity in pitch series, rhythm or rhythmic patterns, melodic development or structure.''

The 'Crazy In Love' hitmaker also states that Ahmad hasn't filed a ''copyright registration'' for his track and asks for the $7 million payment to be dropped.