Beyonce to star in The Big Short?

'The Big Short' director Adam McKay has let slip that Beyonce may be set to star in the upcoming film alongside the already confirmed star studded cast of Brad Pitt, Christian Bale, Ryan Gosling and Steve Carell. 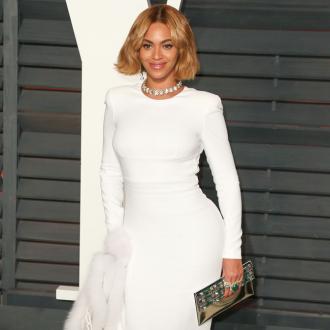 Beyonce could be set to star in 'The Big Short'.

The 'Drunk In Love' hitmaker is rumoured to have joined the star studded cast of the upcoming film adaptation of Michael Lewis' book of the same name about the housing and credit bubble of the early 2000s.

Beyonce would be starring alongside Hollywood heartthrobs Brad Pitt, Christian Bale, Ryan Gosling and Oscar nominee Steve Carell in the movie written by and to be directed by Adam McKay.

Speaking on 'CBS This Morning' about how the film was scheduled to begin shooting in New Orleans yesterday (24.03.15), he said: ''An incredible cast... Christian Bale, Ryan Gosling, Steve Carell... And I think Beyonce.''

The 33-year-old star - who has three-year-old daughter Blue Ivy with husband Jay Z - last appeared on the big screen in 2009 when she starred alongside Idris Elba and Ali Larter in 'Obsessed'.

She has since voiced the character Queen Tara in the 2013 animated movie 'Epic' and shared screen time with Blake Lively and Jake Gyllenhaal in a teaser video for her joint 'On the Run' tour with Jay last year.