Beyonce has unveiled her new song 'Grown' in her latest advert for fizzy drink giant called 'Mirrors', which sees her embody a number of her iconic personas for a dance off. 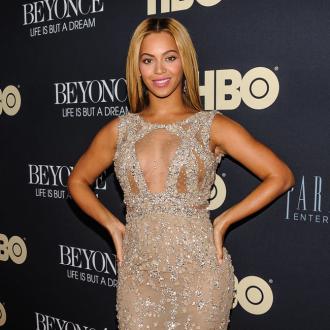 The singer is seen dancing with past versions of herself in the promotional video for the soft drinks brand entitled 'Mirrors' as the militaristic rhythm of the track plays.

In the video Beyonce reaches for a Pepsi after completing a rehearsal but when she looks in the mirror she sees herself as she appeared in the videos for Destiny's Child's 'Bootylicious', her track 'Crazy In Love' and solo hit 'Single Ladies (Put a Ring on It)' among others.

She then leads the other 'Beyonces' in a new dance routine but the new song ends before reaching the chorus as the mirrors containing her former personalities shatter in the spirit of Pepsi's 'Live For Now' motto.

Beyonce, 31, enjoyed reliving some of the most memorable moments of her career for Pepsi - who reportedly pay her $50 million to be the face of their brand - but admits it was an ''emotional'' experience recreating her old looks.

She said: ''I had so much fun collaborating on this campaign with Pepsi. I got to re-live some of my favourite past characters and looks.

''It was the first time I saw those costumes in years and it was very emotional. I'm proud of those moments and they all connect in some way and have helped me evolve into who I am today.''

Pepsi are sponsoring many of her upcoming concerts on her 'Mrs. Carter' tour as well as helping promote her fifth studio album, which is out later this year.