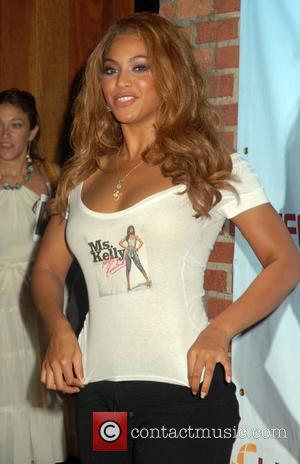 Singer Beyonce Knowles has suffered from a 'wardrobe malfunction' while performing in Canada.

Clips of the incident in which the Bootylicious star's top flew upwards are doing the rounds on popular video website YouTube.

The former member of Destiny's Child, wearing a loose, beige dress, was doing an up-tempo dance routine at the concert when her clothing took to the air.

Beyonce's body was briefly exposed but to her credit the singer continued with her performance, with one hand keeping a watch on her billowing dress.

Her publicist denied that a 'wardrobe malfunction' had occurred while speaking to People magazine.

"She's wearing a flesh-tone bra! Do you really think Beyonce would go onstage like that?" the singer's representative asked.

Last month, Beyonce urged fans not to post a video of her falling down the stairs at a gig in Florida. Immediately following the incident the singer told the audience: "Don't put it on YouTube." She then carried
on with her dance routine.

The term wardrobe malfunction was coined after an embarrassing incident between Janet Jackson and Justin Timberlake, which was broadcast live on American television in February 2004.

During a half-time performance at the Superbowl, the biggest game in American football, the N' Sync star ripped a part of Jackson's top off as part of the routine.

However, the move exposed Jackson's body to a huge audience watching the performance at home, leading to fines for the television station concerned and much embarrassment for the star.