Jay Z and Beyonce are paying a staggering $25,000 a night for their luxury holiday villa in Thailand. 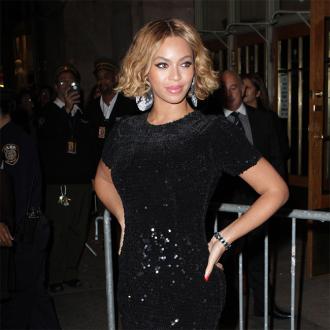 The couple and their daughter Blue Ivy, two, are enjoying the festive season on vacation at a $35 million property at Amanpuri resort in Phuket, Thailand, and are enjoying complete relaxation as the lavish pad boasts its own chef, butler and around-the-clock team of maids.

Jay has been spotted riding a motorcycle and the couple have been enjoying spending quality time with their little girl, with an onlooker telling the New York Post newspaper's Page Six column they have been ''making sandcastles on the beach with daughter Blue Ivy.''

But the break hasn't only been about relaxation as the 45-year-old hip hop mogul has also found time to fit in work.

One of the '99 Problems' star's newest companies, Roc Nation Sports, makes its first steps into boxing early next month and Jay was seen with his 33-year-old wife at a Muay Thai fight at the Patong Boxing Stadium, scouting for possible talent.

A source told E! News: ''Jay is a huge supporter of the sport. If there is an opportunity for him to attend a match while on vacation, absolutely he'll be there.

''Could he of been scouting new fighters? Who knows, it's certainly possible. Many of the fighters are not from America, they come from all over the world.

''Boxing has always intrigued Jay. Jay always wants to break ground wherever he can, and he saw a chance to do this with RNS. They are sexifying the boxing experience, changing things up, never before has there been deejays and performers at a match, they're hoping to appeal to a broader audience.''