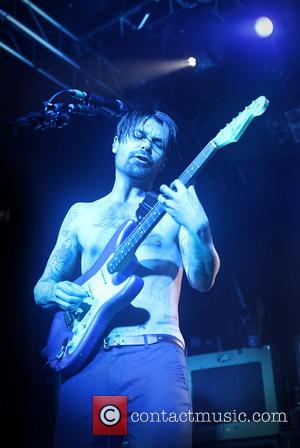 If ever there was any doubt that Biffy Clyro had perhaps not readied themselves for the stadium-filling duties that come with having a number one album (Opposites), then last night’s show at London’s vast O2 Arena crushed those doubts, with little uncertainty. It’s been a slow and steady climb to the top for Biffy; they went from scrappy indie rockers to semi-glossy anthem authors in the space of around 18 years. They’ve done things the arduous way, which makes their current reign of glory all the more deserved and last night the Scottish rockers proved that they are fully deserving of their new arena-packing success.

On the last night of the arena tour, The Telegraph write, “Biffy Clyro came across as thrillingly unreconstructed. “If anyone’s still sitting, get off your a---, this is a rock 'n’ roll show!” growled singer/guitarist Simon Neil, and he wasn’t posturing.” Indeed, their “inability to stay in a shirt for more than 10 minutes” also endeared them to The Guardian’s Mark Beaumont, who added that their chart-topping album Opposites, “is a welcome injection of artful accessibility into an unwieldy catalogue, already leaning towards grandstanding rock choruses by 2007's Puzzle.”

Far from polished, though, Biffy are stomping their way into the mainstream with shirts off, tattoos out and hair flying. The set came complete with “pyrotechnics, lasers and confetti storms,” the Evening Standard report but the band have a way to go before they lose that gnarliness that first stamped their mark on the scene.