Biffy Clyro perform to a packed out audience at London's O2 Arena to further cement their place as Arena Rock titans. 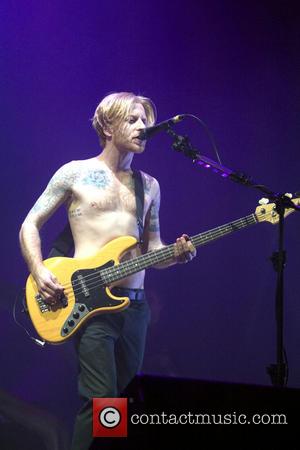 Last year, Biffy Clyro were playing to a sold out audience at the O2 Arena in London, yet they were not the main billing on the night, with Muse taking top billing on that faithful night. The Scottish rockers must have gotten a taste for performing to sold out audiences in massive arenas because that's exactly what they've been doing over the past few months, only this time they've been doing it all by themselves and thriving at every point.

Earlier this week the band topped a series of recent triumphs by returning to London's O2, again to a sold out audience, only this time they were topping the bill. This marks what has been an already impressive start to 2013, as well as ushering in the rest of what will no doubt be the group's biggest year so far. As if a string of sold out arena concerts wasn't enough, the band have already bagged their first Number One album with Opposites and have a very busy festival season coming up too. On top of this, with the upcoming season of the X Factor there may be a good chance that the boys may be bagging another hefty cheque for royalties soon too.

The two-and-a-half-hour concert saw the band mostly go through the material from their new album, but the Scots still treated their fans to a some of their 6 album strong back catalogue. The arena-rock anthems of 'Mountains,' 'Many of Horror,' 'The Thaw' and 'The Captain' made sure the fans were kept happy throughout the lengthy concert and after this performance the boys from Kilmarnock are clearly here to stay.