Biffy Clyro to take a break from music

Biffy Clyro musician Simon Neil has revealed his band will be taking a break from the music industry following the release of their next album. 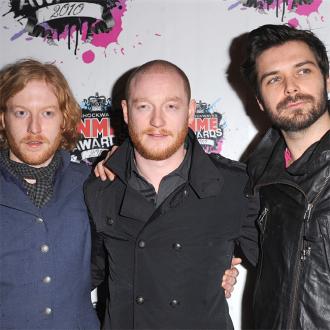 Biffy Clyro's Simon Neil thinks it will be ''wise'' for them to take a break from music soon.

The vocalist, guitarist and songwriter for the band has admitted that although they're hoping to put out a new album soon, they're also thinking of taking some time out from the music industry.

He told Xfm radio: ''It's probably wise for us to disappear for a wee while, as well. We've had so much love from people and they've been so kind but there's nothing worse than a band that just stays in your face for ages and ages so we'll probably disappear for a while and hopefully you guys will miss us.''

The 34-year-old 'Mountains' hitmaker claims he's penned enough tracks for an album already but won't be releasing them for over a year.

He said: ''I've written about 14 songs so far. We're kind of doing some demos of them at the moment. The fact that the ball is rolling on this record is very exciting, I think we'll look to record it maybe the start of next year, possibly out for the end of next year.''

''To me making a record, it's an ongoing process. You might not be ready to record it in a couple of months but the creativity and the evolution of the band, it picks up exactly where it left off.''

Simon and his bandmates - James Johnstone, Ben Johnston, Josh Lowe and Lewis Ingram - will headline the T in the Park festival in Scotland this summer.